by Juan Paxety on February 16, 2017
in Politics and the Modern English Language 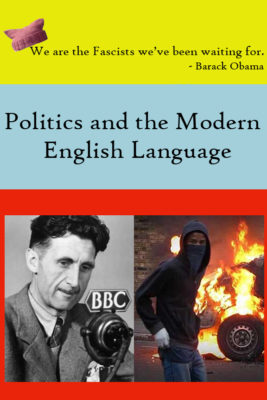 The folks at Assistant Village Idiot are also discussing the way English is used as a tool of the Progressive Religionists. They are taking on the evils of the work “systemic.”

I would like to focus on the word “systemic.”  This is one of those fashionable words used to obscure meaning rather than improve it.  Tucker is much enamored of it, and this is not a surprise, because he has converted to that faith.  All religions have their languages and jargon, their means of identifying each other quickly and reinforcing group norms. Tucker is just one example, and perhaps not the worst (there are clues I might like him well enough in certain settings) so let me switch to the general problem.  Systemic injustice.  Systemic racism/sexism.  Systemic marginalization of dissident voices. Systemic poverty.