Dr. Darsi Ferar sent out an email telling what he had seen of the destruciton caused by Hurricane Ike on the island of Cuba.  George at The Real Cuba translated it into English better than I could.

The destruction here after the hurricane is tragic. We simply got to the limit, we no longer have a country.

Hundreds of families lost everything, they were left without the meager recourses that they had in order to survive. The losses are incalculable and there is no way to recover them with the current regime. Thousands of people are sleeping outdoors, there is hunger, many places are without electricity, without drinking water, it is a disgrace.

This government caused its citizens to live in miserable conditions and now the hurricane completed this disgrace. As far as me and my family, we don’t have electricity or drinking water and food is scarce, but the house was not damaged. I am writing an article about everything that’s going on and I should be able to send it to you later today or tomorrow. Darsi

As we’ve written here many times, these natural hurricanes are not nearly as destructive as 50 years of Hurricane fidel.

A group in St. Augustine is collecting money and will buy supplies for folks in one Cuban town.  Our friends at First Coast News have the story and details if you want to contribute.

“Alleviating the considerable suffering of the Cuban people is the highest priority and we reiterate our offer to allow a USAID assessment team to travel to Cuba to assess the situation, which is an action we take in any country that has suffered a natural disaster,” said Gutierrez in a statement.

Of course the Cuban government, more concerned about its own survival rather than the survival of its people refuses to acknowledge the need for help.  It has refused direct U.S. aid.  It’s a sad, sad situation.

(Photos courtesy The Real Cuba from the city of Gibara) 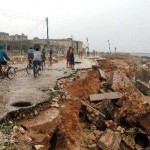 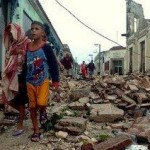 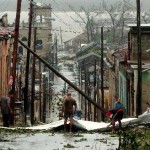 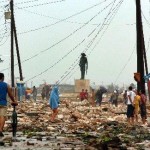