No cash for trash 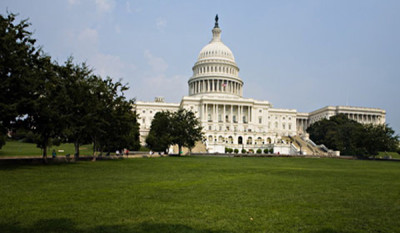 No to Taxpayer Funded Bailout: Join the Coalition
Let the market decide, Americans have paid enough

Santa Cruz, CA –  ­ With over 1,000 signatures within 24 hours of its launch, NoCashforTrash.org <http://nocashfortrash.org/> is a new website geared as a coalition to ³stop the taxpayer-funded bailouts.² By linking to numerous organizations and politicians in opposition to the bailouts and providing a real time stream of media news and individual commentary on the proposed financial system bailouts, the site is a hub for the anti-bailout movement. It is created by Terra Eclipse, Inc.

³The proposed bailout is wildly unpopular. If the vote passes today, you know there is a critical disconnect between the American people, and the Washington elite.” Martin Avila, CEO of Terra Eclipse. ³Using new media tools like Twitter, Facebook, and Digg along with traditional netroots calls to action, at NoCashforTrash.org <http://nocashfortrash.org/> have built a growing coalition from across the political spectrum. Our goal is to highlight those organizations and individuals who champion the American taxpaying public’s wishes.²

NoCashforTrash.org <http://nocashfortrash.org/> will continue to work through any bailout decision to highlight the effects on American families. This includes holding politicians directly accountable for their final decision. Today, NoCashforTrash.org has launched the ³Rep. Tracker <http://track.nocashfortrash.org/> showing all 535 Members of Congress and allowing users to post their representatives position on the bailout. This tool will foster and encourage user participation, allowing for site users to track calls, email communication, and news coverage of their representatives in regards to the bailout.

³People are flooding the congressional switchboards opposing this legislation. It’s time to get beyond the rhetoric and scare tactics used by those in the White House and on Capitol Hill. If politicians are going to
vote for this legislation, their constituents want to know why. Our tool will allow American’s to record interactions with representatives and their staff. American’s deserve to know, from each politician, how this is going to help them if their representatives vote in favor of this legislation.² Martin Avila continues.

Any organization wishing to join the coalition is encouraged to email info@nocashfortrash.org

Terra Eclipse, Inc. is a political new media strategy and development firm based out of Santa Cruz, California. They were vital in the production of the Ron Paul 2008 presidential campaign web presence, raising a primary election record $6 million in a single day.