The various Marxists, Greens, leftists and other dissatisfieds took to the streets around the world yesterday. One place was in Revolutionary Square in Havana, where French television produces an effort worthy of Leni Refenestahl.

Oh, the totalitarians and their love of dictators. 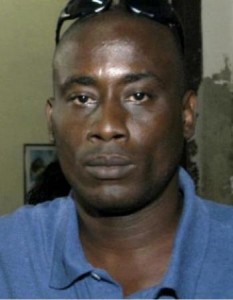 President of the Councils of State and of Ministers of the Republic of Cuba:

My name is Jorge Luis García Pérez “Antúnez.” Although it does not please me in the least to speak to those who turn a deaf ear, and even less to those who are ignorant of and reject civilized language and respectful debate, today I am compelled to do so alter having heard your untrue and cynical statements on the 28th of this month before the so-called Cuban Parliament, and therefore to the people you seek to deceive.

In the first place, allow me to say that you were absolutely right when you stated during your television appearance that there has not been “one sole case of torture” in Cuba. I, the undersigned who spent more than 17 years of political imprisonment in your inhumane prisons of pain and death, am a firsthand witness to this fact. In fact, in our country and especially in its prisons, there is not “one sole case of torture,” but rather there are thousands and thousands of human beings who have been treated in cruel, inhumane and degrading ways, and who are forced to live in abject conditions, constituting true acts of torture. They are a daily occurrence, and those who commit these acts do so with the most open and obscene impunity. You lie shamelessly when, while in the shadow of your brother the dictator-in-chief, you were behind the well-known forced labor programs, the indiscriminate executions before the firing squad wall, beatings and every kind of physical and psychological mistreatment against political and common prisoners. These have been and continue to be the tactics customarily employed by Cuban prison authorities, as well as the use of poor medical attention and the denial of any medical attention as weapons with which to pressure and blackmail imprisoned opposition activists.

Mr. Dictator, the mere announcement of the possibility of commuting fellow Cuban Humberto Eladio Real Suárez’s death sentence is a part of the policy of torture practiced by the government over which you co-preside. Why did you not state during your demagogic address that Real Suárez has been sentenced to death since mid-August 1994, and has experienced every kind of psychological pressure, threats of execution, and has lived among dangerous and well-known common criminals?

Mr. Ruler, I could read you an intense and harrowing report about the course of torture and humiliation against my family and I, but those facts are already too well known. Therefore, I prefer to speak on behalf of my more than 300 brothers behind bars, those wounded by bayonets, those beaten by murderous truncheons and boots, those confined in filthy and solitary punishment and isolation cells, all those worthy and unyielding ones who have endured and are enduring agony from blows, hunger and diseases in their dungeons and who are in clear danger of death this very day. For them, I ask respect.

President of the Pedro Luis Boitel Political Prisoners Movement, and member of the Central Opposition Coalition

Next post: Cowboy shows and the decline of Western Civilization