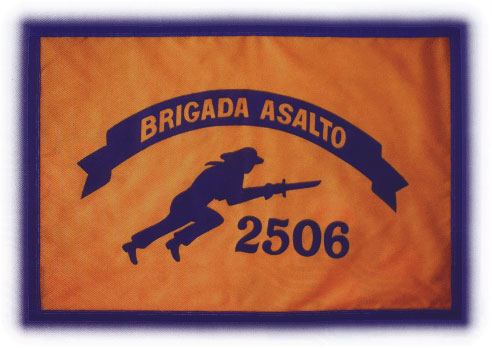 Today is the 47th anniversary of a shameful day in U.S. foreign policy – it’s the anniversary of the Bay of Pigs invasion. Briefly, the U.S. government through the CIA, sponsored and coordinated an attempt by Cuban refugees to take their country back from fidel castro. fidel was cozying up to the Soviet Union, had begun to buy armament from them, and was bringing Soviet troops to the island. It was clear that if a small band was to liberate the island, time was of the essence.

The plan was relatively simple – knock out fidel’s small air force with CIA B-26 bombers. These were small, two-engined planes with a large number of machine guns in the nose so they could fly ground support for the troops as well as drop bombs. Then send a force ashore at an area where they could be resupplied by sea. The ground troops would capture an airfield and the B-26s would be able to land and stage further raids on castro’s forces. When the small area was secured, a free government would be set up in the freed territory and announce its establishment over a short wave radio station that would be carried ashore. The plan was for the U.S. and major European powers to recognize it as the legitimate Cuban government. 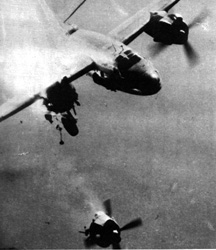 At the last minute, the State Department convinced the Kennedy administration to cut back on the number of pre-invasion air raids. Of particular concern to the invading forces were a couple of Cuban T-33 training jets that could out fly and outshoot the B-26s. When the pre-invasion air raids were cut back, the T-33s were not taken out of action.

Essentially one T-33 doomed the invasion.

The forces, known as Brigade 2506, landed at the Bay of Pigs and quickly took a good amount of territory – including an airfield. A second force successfully blocked a roadway castro needed to use to fight back.

There are still many members of Brigade 2506 alive. There’s a move underway to create a new museum to honor the brave men – the website is here.

I have no personal connection with the Brigade – although I can clearly remember sitting in a doctor’s office waiting room listening to a transistor radio for news. But folks at Babalublog do have such memories and connections. This old post is a must read.

The Bay of Pigs disaster shows what happens when an administration allows the State Department the lead on military matters rather than the Pentagon. It was a preview of the disaster in Mogadishu – both were weak administrations that let political considerations outweigh military ones.

And fidel used the invasion to terrorize the populance. Last year we posted a bit of a doctor’s story of what happened inland as the invasion began.

In Havana on Monday morning, April 17, 1961, the peace reigning in the house of a doctor friend in the resistance, whom I shall call L.D. was rudely shattered by Castro’s G-2 (secret police agents). They entered and searched his modest but comfortable house from top to bottom. For, like most middle-class Cubans, the doctor was considered to be an “enemy of the people.” But the militia found nothing “counterrevolutionary.” With two men covering the doctor and his cook from the doorway with Czech-made machine-pistols, the group leader finally said:

“Doctor, you must come with us.’

“Not under arrest, just detained while we go over a few papers,” the man replied. Faced with Czech machine-pistols, L.D. went with them.

He was taken to the Sports Palace just outside Havana, scene of Castro’s show trials in 1959. He recoiled in horror at the sight that met his eyes. A hundred or so of Castro’s militia were in the bleachers. Thousands of prisoners were in the arena below. Every so often, the militiamen would cock their guns, nervously snapping the bolts from time to time.

Read the whole thing here – it gets much worse.