by Mahone Dunbar on March 2, 2008
in Mahone Speaks, Politics 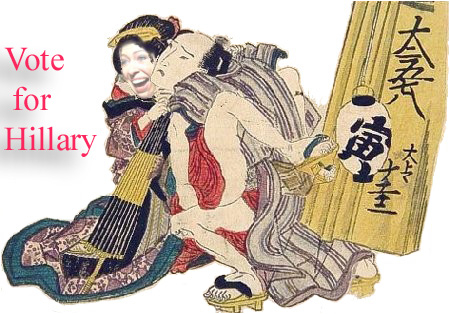 Newsweek magazine says Chelsea Clinton is back on the campaign trail, trying to be for her mother what Oprah has been for Barak Obama.

Long seen as shy, sheltered and “mute,” as columnist Maureen Dowd put it recently, Chelsea, 27, has emerged as one of Hillary’s most potent surrogates. The evolution has been gradual—from tentative forays last December in Iowa, where she smiled and waved benignly beside her mother, to the current string of solo appearances that sometimes resemble full-fledged rallies. She has visited more than 20 states so far and plans to continue through at least March 4. Her aim is twofold: to win over young voters, so many of whom have flocked to Sen. Barack Obama, and to strengthen her mother’s lead among women. Chelsea “has the unique ability to talk about her mother in a way no one else can,” says Philippe Reines, a senior Hillary adviser who now travels with the former—and possibly future—First Daughter.