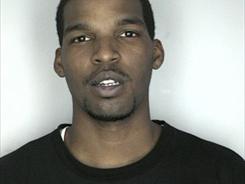 News reports says a Clearwater man named Benjamin Baines was arrested over the weekend at the Tampa airport attempting to carry a boxcutter aboard his flight. The boxcutter was concealed inside the hollowed out pages of a book that was inside the man’s backpack. This from Tampabays10.com

A spokesperson for the airport tells us that Baines attempted to pass through the screening process at Airside C with his backpack. In his backpack, they found a copy of the book “Fear Itself” that had been cut out, and tucked inside there was a box cutter. Baines was also carrying computer printouts, religious books and handwritten documents that required additional investigation.

What are those printouts, books and documents? We turn to The Tampa Tribune

Officers found books in the backpack titled “Muhammad in the Bible,” “The Prophet’s Prayer” and “The Noble Qur’an.” He also had a copy of the Quran and the Bible. 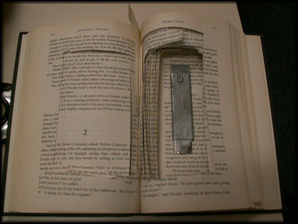 Several sheets of paper in the backpack included rap lyrics that referred to police, narcotics, weapons and killing, officers said. Baines told officers he is a rapper who writes his own lyrics and that rap music writers need to “play the part,” the federal report said.

The newspaper says Baines has no criminal record. It says he entered guilty plea to the state charge of carrying a concealed weapon on Monday and received a 30-day sentence. Federal authorities say they will charge him when his state sentence is finished.