by Mahone Dunbar on January 16, 2008
in Mahone Speaks, Politics 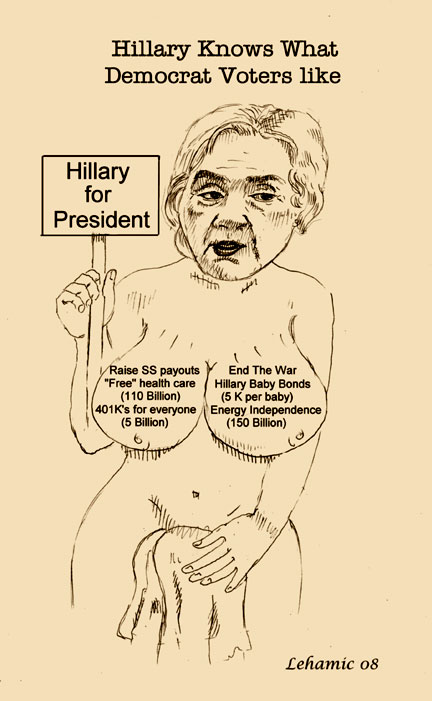 But did she cheat? A former Senator says she did, according to the Free Press.

The Michigan Democratic ballot is a sham that was rigged by Hillary Rodham Clinton, her husband and her supporters to give the nation the impression that she’s the leading candidate in Michigan, an angry former Sen. Don Riegle said Monday.

Riegle appeared at a rally in Detroit today to encourage would-be supporters of Barack Obama and John Edwards to vote uncommitted in Tuesday’s primary. Riegle said he supports one of the two, but wouldn’t say which.