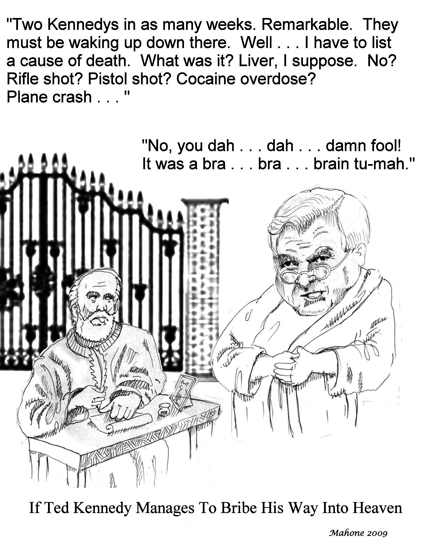 40-years after he murdered an innocent woman, Senator Ted Kennedy is finally dead. He is truly one of the people responsible for many of this country’s woes.

And true to his egotistical form, though he champions the people, he held on to his Senate seat until death even though he was too sick to actually show up and do any work.

Perhaps Mahone has a better take, quoting Clarance Darrow: I have never killed a man, but I have read many obituaries with great pleasure.

Mahone also adds, “I just told my wife the good news about ted.  She said, “Was it the brain tumor, or his liver?”