by Mahone Dunbar on January 4, 2009
in Feature, Humor, Mahone Speaks

While visiting a New York public school to ingratiate herself with the electorate by demonstrating her love for the ‘little people,’ Caroline Kennedy is kidnaped, killed, eviscerated, barbequed and eaten by a group of Haitian immigrants who believe that by consuming someone they will share their traits, i.e., in this instance, the valuable Kennedy gene.

Unfortunately, though forgiven by a public sick of the air-headed babbling Kennedy princess and eventually set free after the Supreme Court determines that they were acting under the precept of religious freedom (Voodoo), the consumers of Caroline ironically inherit the negative expressions of the vaunted Kennedy gene (such as possessed by Teddy, John John, Caroline, and many nameless venal cousins); consequently, they turn into inarticulate bloated, alcoholic assholes who have no sense of direction. Eventually, each of the attackers — as well as the several dozen grateful New Yorkers who gleefully joined them in their feast — gets lost, cannot manage to ask for directions, and dies of either diabetes, alcohol related disease, a large brain tumor, or a severe head wound. 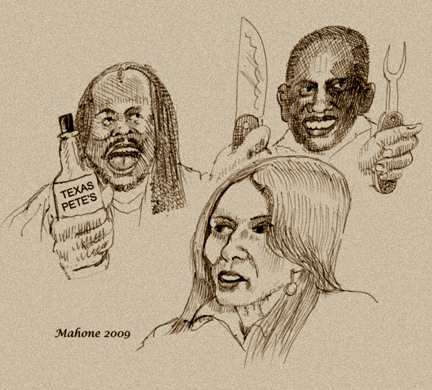 Representative Barney Frank, while touring the middle East on a goodwill visit, becomes hopelessly enamored with a large Armenian penis he encounters on his visit. The love affair turns tragic after Frank and the penis are married in California.

On the morning after the honeymoon, the congressman is found on the floor of the hotel cabana, wearing lipstick and high heels and dressed in goat-skins, deceased. The coroner determines that Frank apparently consumed too much of a substance resembling Hollandaise sauce, and choked to death. Yielding to pressure from gay Americans, President Obama orders all public bathrooms in America to be draped in black for a week. 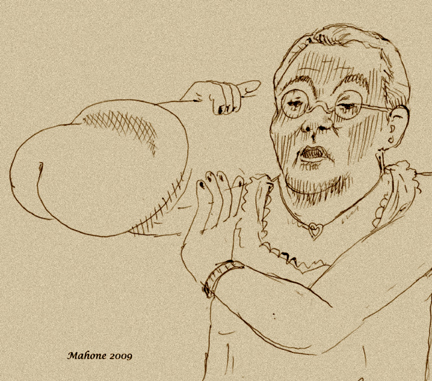 While visiting the Oval Office, Speaker of the House Nancy Pelosi is attacked by President Obama’s pit bulls and has her face viciously rendered apart. A visibly shaken President Obama, expressing deep regrets for Pelosi’s disfiguration, vows to immediately send the dogs to obedience school and volunteers public funds to bring in Greta Van Susteren’s personal plastic surgeon for Pelosi.

Former NFL quarterback, Michael Vick, who gave the dogs to the president, comments to the press assembled at the airport as he prepares to leave the country after the incident, “She-eet. I was only trying to help the prez affirm his blackness, see-wut-I’m-sayin’. Anyway, wut’s the big deal? De dawgs had their shots. And did you see dat bi-atch’s face before? Aw, fuck awl yah assholes. I’m outta here.” 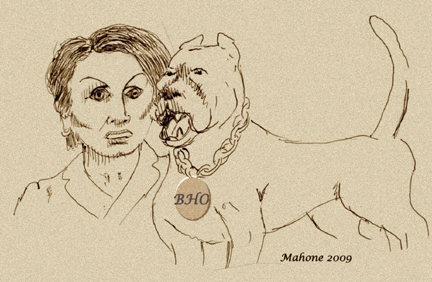