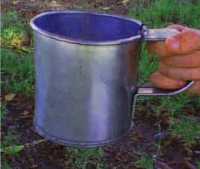 The $700-billion dollar bailout is only the beginning.  I don’t know whether to call this socialism or facism, but our early 20th century ancestors would recognize it.  The government is here to save you.

General Motors, probably soon to be followed by the others, wants government help, too.  For years it made cars that people wouldn’t buy, sold them through a system that put the customers through a wringer, instituted a system that set minimum sales requirements for dealerships that put small town dealers out of business, and generally made cars that broke.  They allowed Walter Reuther and the United Auto Workers force them into the grand experiment of Big Company Socialism.  Now, the company is having to pay benefits to large numbers of retired employees without the income to support it.

The housing bailout will do nothing except support artifically high home prices.  I’ve been looking at foreclosed and lower priced homes.  What I see are banks allowing the homes to sit empty and deterioriating rather than sell at what I would consider a reasonable price. For instance, I looked at one house that sold for $84k ten years ago.  It sold for $90k six years ago.  Then two years ago, it was refinanced for $179k.  Of course, the owner was unable to pay and the bank foreclosed.  Now the bank wants close to it’s financed amount for a house than is not worth nearly that amount.

So what happpens now?  The bank recoups it loss from the taxpaper and the absurd price is supported.