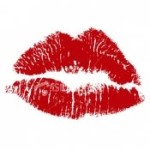 I posted on the Barack Obama “lipstick on a pig” line yesterday, and earlier today, I added the McCain/Palin response ad.

Some folks have questioned whether the ad will see air time.  I think it doesn’t matter – posting on Youtube is enough.  The audience for this ad is not the voters, but the Obama campaign itself.

McCain, the fighter pilot, has gotten inside Obama’s OODA loop. Something the Navy teaches fighter pilots to do.

The OODA Loop, often called Boyd’s Cycle, is a creation of Col. John Boyd, USAF (Ret.). Col. Boyd was a student of tactical operations and observed a similarity in many battles and campaigns. He noted that in many of the engagements, one side presented the other with a series of unexpected and threatening situations with which they had not been able to keep pace. The slower side was eventually defeated. What Col. Boyd observed was the fact that conflicts are time competitive.Evidently Boyd is beating Alinsky. Or to put it another way. The fighter pilot is beating the community organizer. As a Navy man myself, I’m not surprised.

Elections are nothing if they are not time competitive. Evidently the “freezing of the opponent” that Alinsky recommends has not worked on McCain. He was not frozen. Once that happened McCain was operating inside Obama’s decision loop.

Or, perhaps McCain is following Alinsky himself.  From his Rules for Radicals

RULE 8: “Keep the pressure on. Never let up.” Keep trying new things to keep the opposition off balance. As the opposition masters one approach, hit them from the flank with something new. (Attack, attack, attack from all sides, never giving the reeling organization a chance to rest, regroup, recover and re-strategize.)

McCain is keeping the pressure on Obama as well as getting inside his loop.

Victor Davis Hanson, in a post made before Obama’s lipstick remark, predicted that the Obama campaign would turn to more insulting language.

In this cycle of the see-saw race, expect Obama to take a risk and go really negative as he falls into a gripey, cranky mode.