Babalu has been all over the story of Gorki Aguila who has been arrested by Cuban authorities. 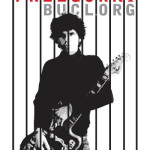 Gorki Aguila, leader of the band Porno Para Ricardo is being detained at the “La Quinta” police station. This Wednesday his father was finally able to see him and and confirmed that the musician was calm, until the authorities there began mistreating him psychologically by talking about his 11 year-old daughter. It is known that the police from said unit do not have Gorki’s file and, according them, they are only detaining him there to carry out their orders. Additionally there is no “instructor” (prosecutor?) in charge of the case and the representative of the unit does not possess any information with regards to Gorki Aguila. As a result the chief of the unit asked the family members to find an attorney and see the prosecutor’s office to find out about where Gorki’s case file is. The trial is scheduled for Friday August 29th.