“Cross-dressing, or transvestism, can best be defined as an idle fixation of the ruling class.” – Dr. Henrich Mankoff, Sexual Aberration And Power 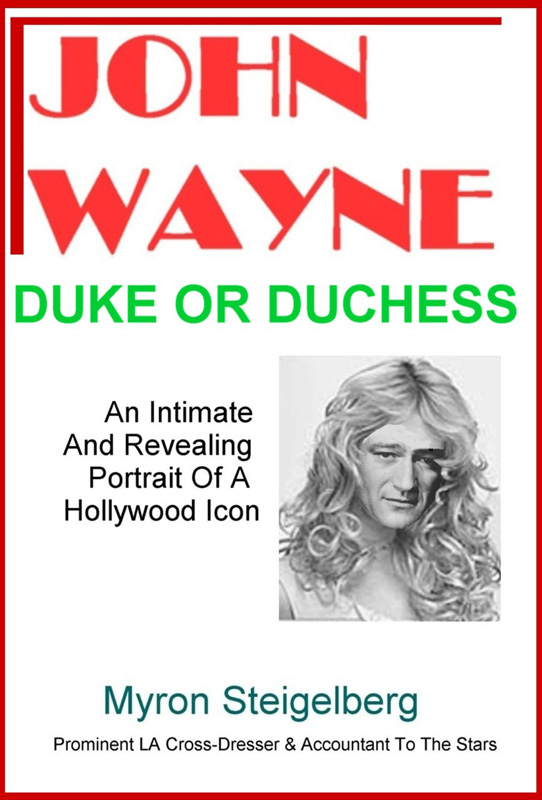 Books that lance the pustules of Hollywood’s decadence so that the world can marvel over the ooze are nothing new. And in this regard, John Wayne, Duke Or Duchess, which explores the hidden transvestism, or cross-dressing, of actor Wayne, covers no new ground.

However, when the drag queen in question is a macho icon of the silver screen, and his name is John Wayne, people pay attention. This is why Myron Steigelberg’s tell-all, show-all book, John Wayne, Duke Or Duchess, has been garnering so much attention on the talk show circuit.

Author and octogenarian Myron Steigelberg – who still likes to dress in drag, and strut his stuff as he shuffles his walker around the New Haven Senior Living Center in North Hollywood – is a former accountant for and one-time pal of John Wayne.

Wayne was certainly no pioneer in Hollywood cross-dressing, though he did become a bit of a proselytizer on its behalf. Aside from this bit of eccentricity in dress and manners, he was otherwise a reserved individual. “Duke Or Duchess” paints Wayne as a man of few vices. As Steigelberg says, somewhat defensively, “The Duke didn’t do no drugs! He didn’t cheat on his wife or girlfriends. All he did was like to play a little dress up. You see? And drink a little, maybe.”

Early in his career Wayne was introduced to the world of cross-dressing by western movie producer and longtime transvestite, John Ford, who extolled its virtues – a way to ease the daily pressures of the movie business – to the impressionable young Wayne. (According to Ford’s biographer, the director picked the practice up from acquaintance Winston Churchill, the British politician, who said a bit of cross-dressing greatly eased his bouts with depression, or his black dog as he called it.) Ford got Wayne started, furnishing the young actor with a black shift, some matching pumps, and a glamour wig. A bit of a sentimentalist, Wayne retained the glamour wig Ford gave him and, rumor has it, was buried wearing it. (Wayne can be seen wearing that wig on the cover of the book). 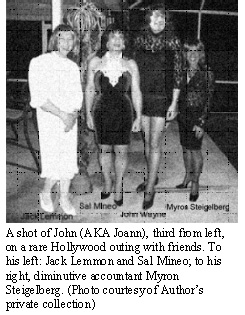 Wayne indeed found the practice of cross-dressing enjoyable and tension reducing. Within a week of his initiation into the practice he had a full body wax and had purchased several elaborate wigs and a substantial number of plus-sized Christian Dior gowns for himself. Like Ford, and Churchill, he found it a great way to relax and take the pressure off. Throughout his career, he was constantly recommending the practice to his friends. In certain Hollywood circles it became a perfectly acceptable thing, even chic, for macho men to do – as innumerable action stars of the sixties and seventies can still attest.

Oddly, according to Steigelberg, Wayne never had an affinity for Hollywood’s gay community, and in fact viewed gays with some disdain.

“It’s not whether you wear frilly panties,” Steigelberg’s quotes Wayne as saying, “but what you do when you take them off at the end of the day that defines you as a man.”

Though the story of The Duke’s secret life is interesting – and the book contains many great and candid pictures (such as the one shown here) of Wayne and his fellow Hollywood stars – the style and pace of the writing are a bit pedestrian at times. Duke Or Duchess contains lots of name dropping and a few revelations and juicy tidbits, but, all-in-all, in Steigelberg’s biography Wayne comes off as a mildly eccentric, if not tepid, Hollywood star and a rather run-of-the-mill drag queen.

Duke Or Duchess is no Hollywood Babylon, but it is still a worthwhile peek under Tinsel Town’s skirts.
Mahone Dunbar

What other readers and reviewers are saying:

“I was, frankly, stunned. You wouldn’t think they made stiletto heels in that size.” Mona Grimes, Newport Daily Shopper, Entertainment Editor

“It’s a little known fact that on long breaks between shootings, the Duke liked to retire to his trailer, get in drag, and then prance in front of a mirror for hours.” Tommy Baker, script editor on The Alamo and other John Wayne productions

“It’s a little known fact that the Duke was a big fan of courageous cross-dressing director Ed Wood and wanted to star in an Ed Wood movie, but was dissuaded by his close friends and business associates. He always regretted letting Eddie down.” Tommy Edwards, Scriptwriter 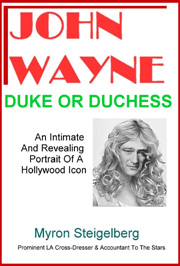 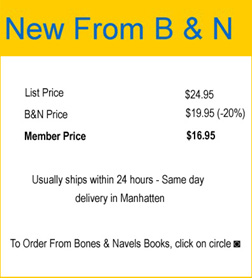